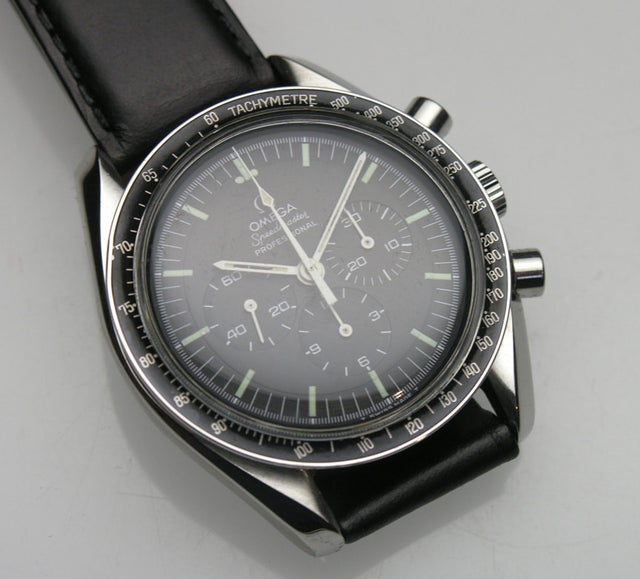 The Omega Speedmaster Professional is among the top contenders for the most iconic timepiece. Having been the only manned-flight approved timepiece for space travel by NASA, this watch deserves its celebrity status and-then-some.

The Speedmaster Professional, as we know it, was created in the 1960's, during the Cold War Space-Race; the right tools were needed to combat the unpredictable effects of space travel. With mission timekeeping being of the upmost importance, several prolific watch houses pounced on the opportunity to earn the bid put out by NASA. Among some of the most notable contenders for this race to produce the first space watch included Rolex and IWC. Omega won the contract, as their easy-to-ease, simple, and hardy design beat out the competition. Sporting a shatter-proof hesalite crystal, a large crown for quick winding, a tachymetre bezel for estimating speed, and a chronograph movement for timing, this watch could quite literally, do it all.

Our Speedmaster Professional Moonwatch can be dated to 1970, it is in excellent condition, and only has minor blemishes on the case and crystal. The watch comes as is, there are no box or papers included.